The ASTRODEEP-GS43 photometric and redshifts catalogue 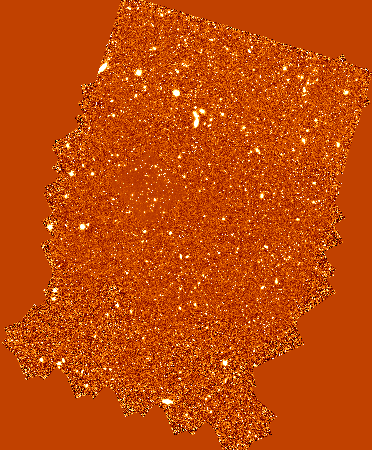 We provide photometric fluxes and corresponding uncertainties in 43 optical and infrared bands (25 wide and 18 medium filters), as well as photometric redshifts and physical properties of the 34930 CANDELS H-detected objects, plus an additional sample of 173 Ks-detected and 5 IRAC-detected sources.

We keep the CANDELS photometry in 7 bands (CTIO U, Hubble Space Telescope WFC3 and ISAAC-K), and measure from scratch the fluxes in the other 36 (VIMOS, HST ACS, HAWK-I Ks, Spitzer IRAC, and 23 from Subaru SuprimeCAM and Magellan-Baade Fourstar) with state-of-the-art techniques (in particular using T-PHOT v2.0 on all ground-based and Spitzer bands). We then compute new photometric redshifts as the median of three independent estimates, and new physical parameters from SED fitting, which we compare to the previously published ones.

The main improvements with respect to the previous CANDELS catalogue (Guo et al. 2013) are the following:

Comparing to a sample of 3930 spectroscopic redshifts, for the new photo-z’s we obtain a normalized median absolute deviation (NMAD) of 0.0147 with 3.01% of severe outliers on the full catalogue (0.0109, 0.22% on the bright end I814<22.5), similar to the best available published samples of photometric redshifts such as the COSMOS UltraVISTA catalogue (Ilbert et al. 2013). 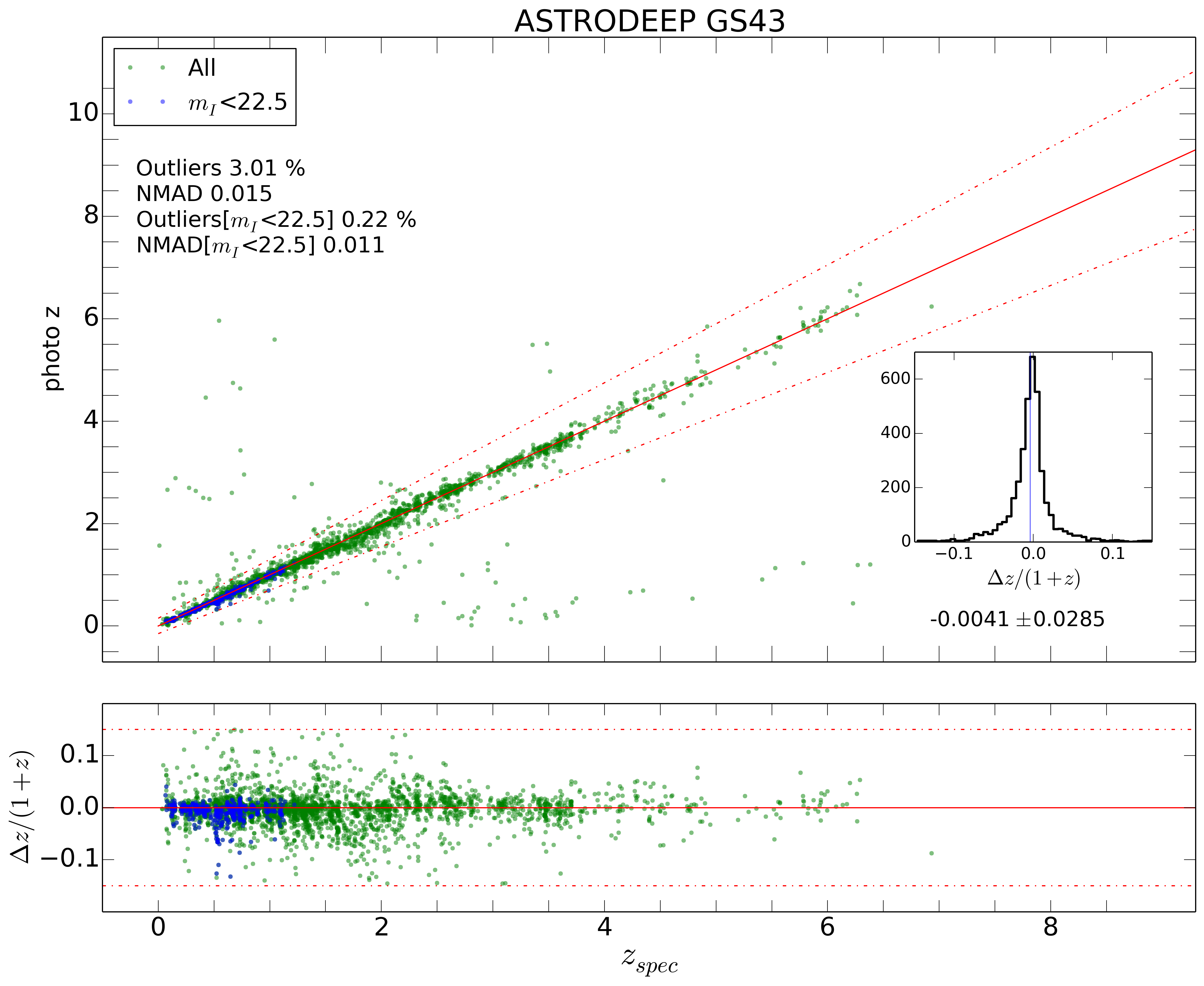 We release two separate files. The first one, named ASTRODEEP-GS43_phot.cat, includes the 43 bands photometry; the passbands are listed in order of increasing wavelength, and we provide total fluxes and corresponding uncertainties in μJy. The second one, ASTRODEEP-GS43_phys.cat, includes the redshift estimation (the spectroscopic z when available, including the original reference; and the best photometric z otherwise) and two physical parameters, namely stellar mass and instantaneous SFR, with 1σ uncertainties, for two SFH models.