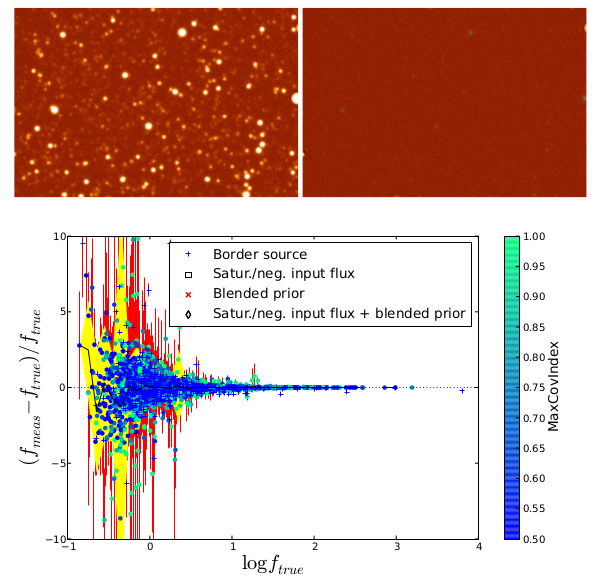 It represents an evolution of its direct predecessors TFIT (Laidler et al. 2007) and CONVPHOT (Grazian et al. 2007).
T-PHOT uses the data from a high resolution image of the a region of the sky as priors for position and morphology.

It can use as priors:

Convolving such data with a convolution kernel, T-PHOT then produces low-resolution templates which will be used to obtain precision photometric measurements on a lower resolution image of the same field. Compared to its predecessors, T-PHOT is much faster (up to 100x faster than TFIT when used with identical parameters), more accurate and versatile. It has already been tested on a wide range of images from the far infrared to the UV domains, proving to be an excellent tool for photometric analysis.

The latest public version is v2.0, which includes new features and options; see this page to download the code tarball. If you wish to get the previous publicly released version (v1.5.11) please contact emiliano.merlin@oa-roma.inaf.it.