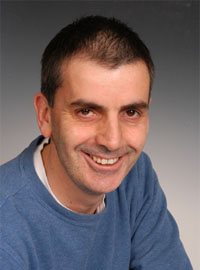 James Dunlop is Professor of Extragalactic Astronomy at the IfA.

He is a recognised world leader in the study of the cosmological evolution of galaxies and AGN, with over 20 years of experience, over 300 publications, and an h‐index of 60. In recent years he has focused increasingly on the study of dust‐enshrouded star‐formation at high redshifts via sub‐mm surveys, and on the search for and study of the first galaxies with both HST and the major ground‐based facilities.

In the last year he has contributed review articles to both SCIENCE and NATURE on galaxy evolution, cosmic star‐formation history, and re‐ionization. Of most direct relevance to the current project, Dunlop is the ESO lead PI of the UltraVISTA near‐IR survey in the COSMOS field, co‐PI of the SCUBA2 Cosmology Legacy Survey, PI of the Spitzer SpUDS survey, co‐I and Executive Member of the HST CANDELS survey, co‐I of the ultra‐deep HUDF HST WFC3/IR program scheduled in Cycle 19, co-I of the Spitzer SEDS and SEDS2 surveys, a co-I of the Herschel HerMES and H-ATLAS surveys, and of the UKIDSS UDS survey.